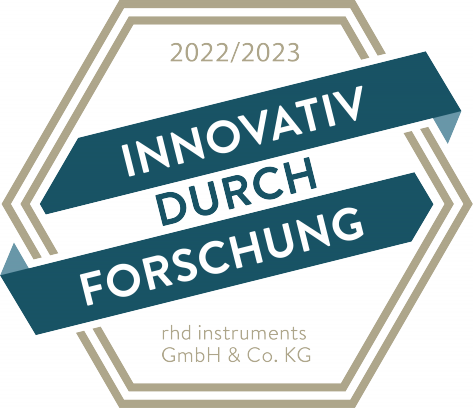 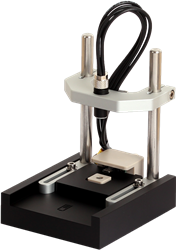 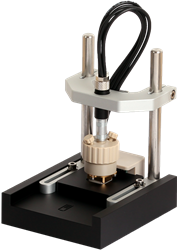 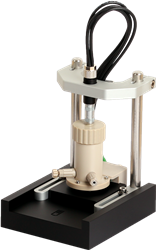 A cell stand as the basis for all rhd instruments measuring cells without temperature control.
The cell stand allows the hassle-free establishment of the cell connections to the potentiostat.
This package may contain connection solutions for either all closed or all open measuring cells.

The cell stand is intended to be used and is compatible with all rhd measuring cells.
The delivery does NOT include any measuring cells. These need to be ordered individually.

The Microcell HC Passive is compatible with the following measuring cells: For measurements inside a glove-box, a suitable Cable-Feedthrough is required.

The Microcell HC measuring system is perfectly suited for the electrochemical characterization of low to highly-viscous liquids, gel-like and polymeric as well as solid samples and of heterogeneous systems. Depending on the measuring cell, the experiments can be carried out either in a two- or three-electrode configuration. In all cases, only a very small sample amount is needed (several measuring cells only need an amount of a few milligram). Hence, even substances which are only available in small amounts or are expensive can be characterized.